KSA, AlUla: The Hegra Conference of Nobel Laureates was officially launched today in AlUla, Saudi Arabia. The conference takes place from 30 January - 1 February, bringing together 18 Nobel Laureates of Peace, Economics, Literature, Physics, Chemistry, Physiology and Medicine alongside distinguished social and political leaders from 32 different countries, to discuss and offer solutions to improve the state of humanity and the world. It is hosted by Saudi Arabia’s Minister of Culture and The Royal Commission of AlUla Governor His Highness Prince Badr bin Abdullah bin Farhan Al Saud.

For millennia, AlUla has been the place where people from all religions and different cultures have gathered, to think, discuss and exchange ideas. In this spirit, the Hegra Conference is impact and solution-driven, and the discussions aim to conclude in the development of clearcut solutions in regards to the future of education, health, agriculture and economics. Outcomes and recommendations from previous gatherings include the need for convening a global conference on world debt, pooling global AIDS research, and the creation of the Middle East Science Fund (MESF).

Previous editions of the conference focused on a wide variety of complex issues, such as the role of education in combating terrorism, nonproliferation, poverty, economic empowerment, culture and the impact of globalisation on societies around the world.

This year’s theme, Transmission: A Shared Heritage, examines how the transmission of ideas is a fundamental principle not only of any civilisation, but of humanity as a whole.

As the site of the 2020 Hegra Conference of Nobel Laureates, and in line with Vision 2030,AlUla is committed to developing new industry and empowering women and young people to create new businesses. The Cultural Manifesto for Alula sets a clear direction for the longterm development of the region and RCU’s commitment to sustainable and responsible tourism. It prioritises the preservation of the region, its history and development of skills for current and future members of the community.

“For millennia, AlUla has been a cultural beacon and a meeting place of nations, where people from all religions, cultures and ideologies have gathered to exchange ideas, knowledge and trade. Today we meet with the same passion of our ancestors.

“That is our deep belief in the role of inspiring and creative people, who present solutions to world problems and disputes, and who promote peace and prosperity, contributing to the development of humanity and sustainability at all levels. We hope that this conference will provide Nobel Prize winners a unique platform to revive the historical role of Alula in global cultural exchange.”

Audrey Azoulay, Director General of UNESCO told conference delegates:
“The universality and diversity that is seen here in AlUla ensures that heritage is a motive for peace, education and more. It is imperative for us to recognise the various aspects of history and embrace how heritage has a role in peaceful discourse and to create a diversity of ideas.”

Amr AlMadani, CEO of the Royal Commission for AlUla added:
“In keeping with the conference theme of transmission, we are actively reinventing the cultural landscape of AlUla as nature and the arts come together. Today we are convening some of the world’s greatest thinkers in a contemporary place in an ancient land: for discovery, intellectual expression and cultural exchange that can bridge the past to the future.”

Richard Attias, curator of the conference, comments:
“Understanding and appreciating our history and culture while sustainably sharing it with new generations is crucial to improving the state of humanity. In these current uncertain times driven by political, economic, cultural, health and social crises around the world, hosting this conference in a thousand years old site will allow us to go back to our roots with humility and humanism.”

NOTES TO EDITORS
About The Royal Commission for AlUla:
The Royal Commission for AlUla (RCU) was established by royal decree in July 2017 to protect and safeguard AlUla, a region of outstanding natural and cultural significance in North-West Saudi Arabia. RCU is embarking on a long-term plan to develop and deliver a sensitive, sustainable transformation of the region, reaffirming it as one of the country's most important archaeological and cultural destinations and preparing it to welcome visitors from around the world. RCU’s development work in AlUla encompasses a broad range of initiatives across archaeology, tourism, culture, education and the arts and urban regeneration, reflecting the ambitious commitment to cultivate tourism and leisure in Saudi Arabia, outlined in Vision 2030.

About AlUla
Located 1,100 km from Riyadh, in North-West Saudi Arabia, AlUla is a place of extraordinary natural and human heritage. The vast area, covering 22,561km2, includes a lush oasis valley, towering sandstone mountains and ancient cultural heritage sites dating back thousands of years to when the Lihyan and Nabataean kingdoms reigned.

The most well-known and recognized site in AlUla is Hegra, Saudi Arabia’s first UNESCO World Heritage Site. A 52-hectare ancient city, Hegra was the principal southern city of the Nabataean Kingdom and is comprised around 100 well preserved tombs with elaborate facades cut out of the sandstone outcrops surrounding the walled urban settlement.

In addition to Hegra, AlUla is home to many fascinating historical and archaeological sites such as: Ancient Dadan, the capital of the Dadan and Lihyan Kingdoms, which is considered one of the most developed 1st-millennium BCE cities of the Arabian Peninsula; thousands of ancient rock art sites and inscriptions; and Hijaz Railway stations.

About Hegra (Mada’in Salih):
Hegra is AlUla’s most iconic site and was made Saudi Arabia’s first UNESCO World Heritage Site in 2008. This ancient city was the southern capital of the Nabataean civilisation, with Petra the northern capital. It is best known for its well-preserved tombs with elaborate facades cut into or out of rock formations surrounding the walled urban settlement, of which there are over 100. These represent some of the best examples of Nabataean architecture and their many inscriptions provide important clues to past cultures, peoples and languages. Current research suggests Hegra is the most southerly known outpost of the Romans. The heritage sites are temporarily open during the Winter at Tantora festival until 7th March 2020, and are expected to open fully by October 2020.

About Richard Attias & Associates:
Richard Attias & Associates (RA&A) is an international advisory firm in the field of strategic communication and event management. Its clients are global corporations, governments and international institutions. RA&A’s mission is to accompany its clients and reinforce their brand by creating platforms with tangible results. RA&A is already present in Africa, Europe, Middle East, USA, with a developing presence in Asia and Latin America. To find out more about RA&A: http://richardattiasassociates.com 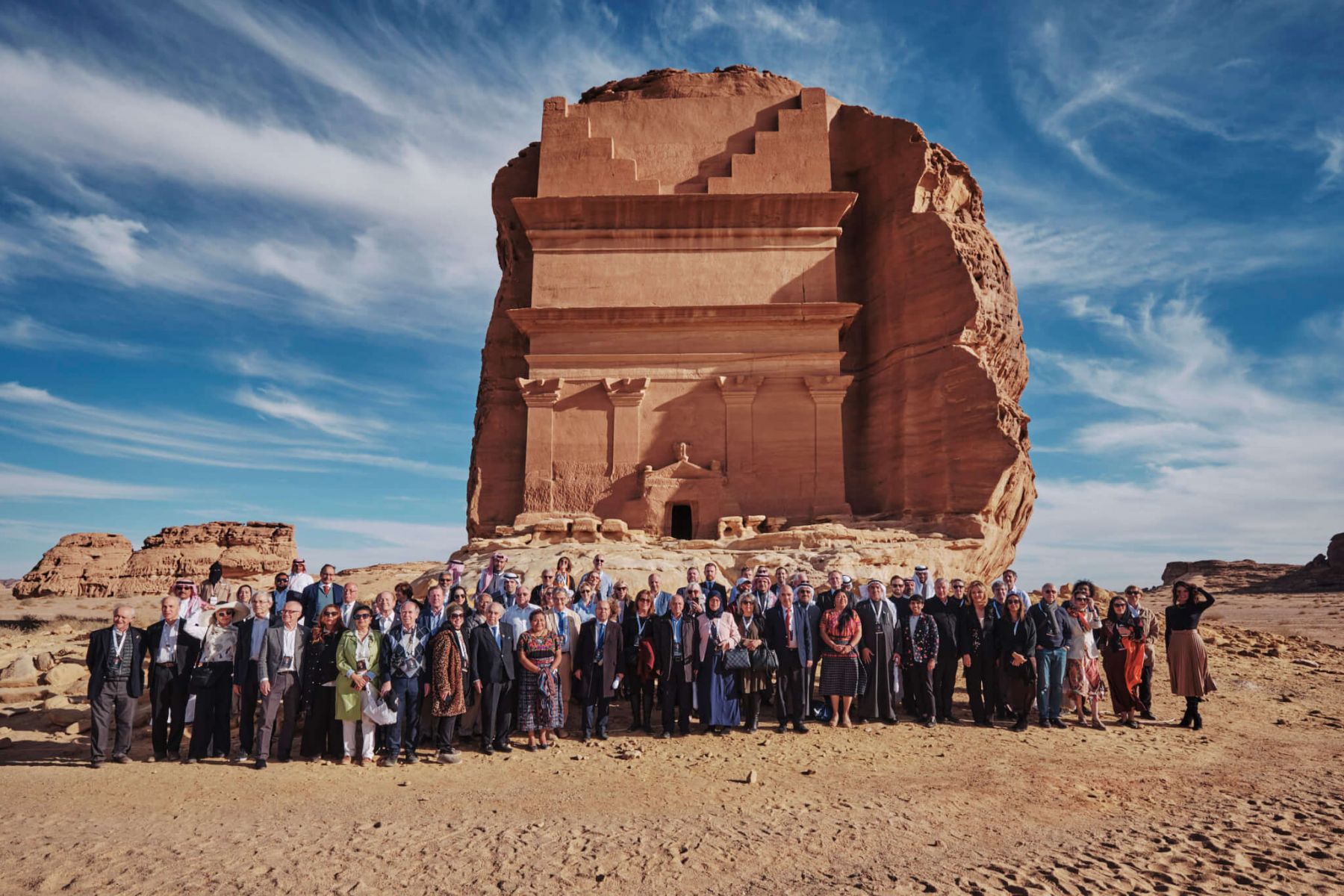 Accept and Continue Find out more

For better web experience, please use the website in portrait mode