The Conferences of Nobel Laureates bring together Nobel Laureates of Peace, Economics, Literature, Physics, Chemistry, Physiology and Medicine with distinguished social and political leaders to discuss the leading social problems and offer solutions to improve the state of humanity and the world.

The Royal Commission for AlUla (RCU) was established by royal decree in July 2017 to protect, safeguard and reinvigorate this region of extraordinary natural, historical and cultural significance.

In order to safeguard AlUla’s precious landscapes and cultural heritage for future generations, RCU is delivering a sensitive, responsible transformation of the region. It aspires to create a lasting footprint from AlUla’s narrative, conserving its timeless heritage for future generations and reaffirming it as one of the country's most important archaeological and cultural destinations.

Learn more about the Royal Commission for AlUla 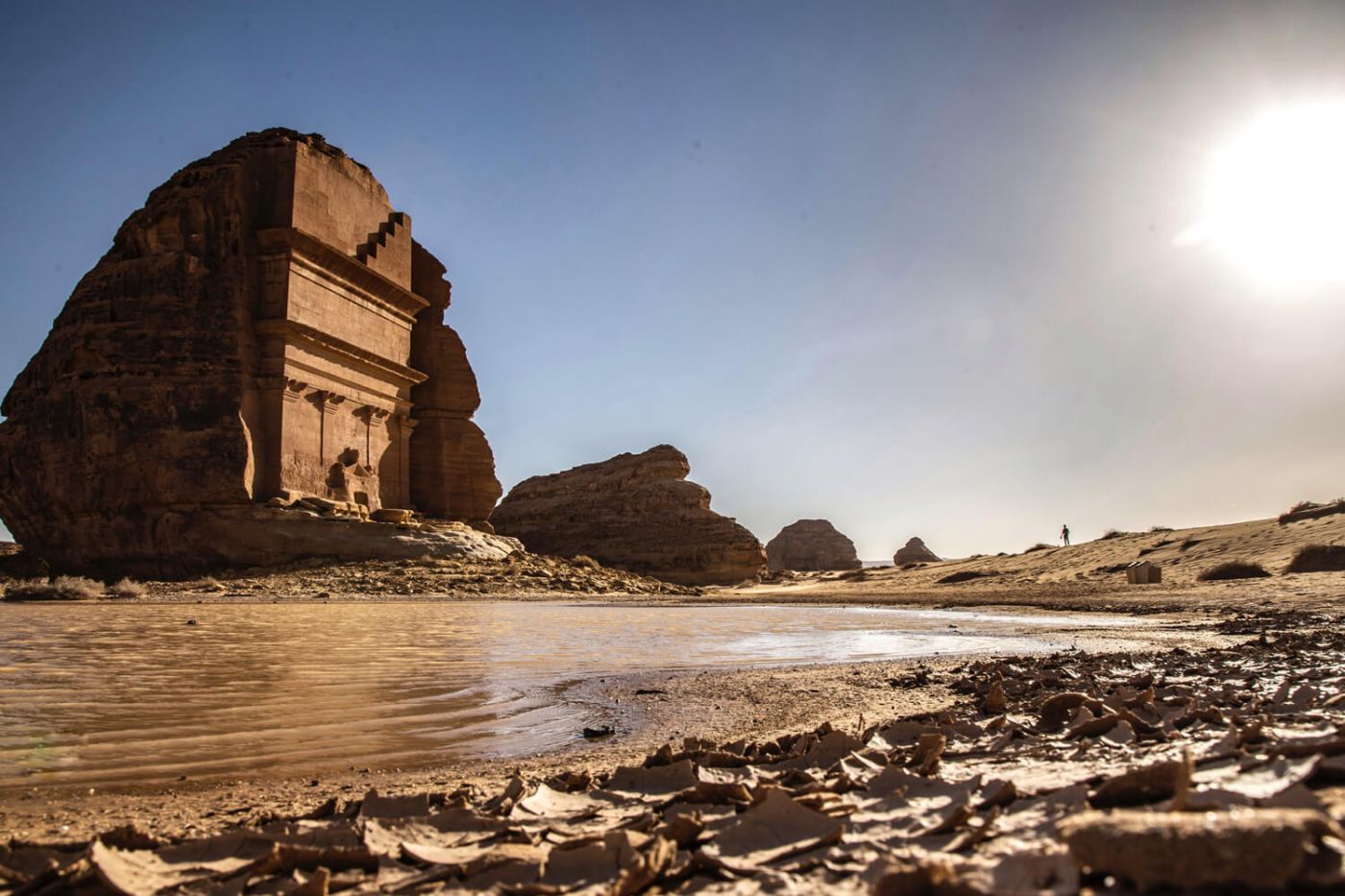 AlUla – The Place of Heritage for the World 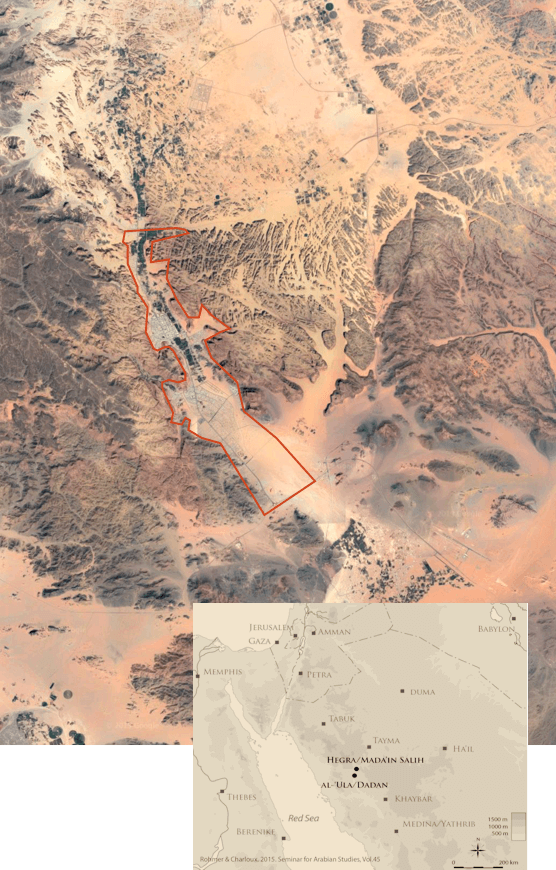 Located in a desert oasis, 1,100 km from Riyadh and 200 miles to the north of Madinah, AlUla is a place of extraordinary natural and human heritage. A cradle of human history, rock art and carved inscriptions reveal the presence of great civilisations past including the Dadanites, Lihyanites and Nabataeans, each of whom chose this unique region to build their kingdoms.

AlUla will be a worldwide destination for those seeking a unique experience of the full meaning and context of landscape – an experience that integrates the natural and cultural heritage as one living environment.

AlUla will be the Kingdom’s premier example of a living Arabia wilderness and protected landscape of outstanding beauty. From the Harrat canyons to the wadis and sandy desert, AlUla will provide a home to complex heritage journeys through time, ecological systems and wild landscapes to be explored by those seeking adventure, leisure and a holistic cultural experience. AlUla will be the Kingdom’s gift to the world as the largest living museum, where visitors can create lasting memories to be shared with the world.

The most spectacular wonder in AlUla is Saudi Arabia’s first UNESCO World Heritage Site, Hegra. As the principal southern city of the Nabataean Kingdom, Hegra is a monument of global significance. Its golden age spanned hundreds of years, with current research suggesting it was the most southerly known outpost of the Roman Empire in Arabia.

The Hijaz Railway ran from Damascus to Madinah and is named after the Hijaz region of north-western Saudi Arabia. An ambitious project with an aim to run all the way to Makkah, construction halted as a result of the First World War and the line to Makkah was never completed. Nonetheless, this ambitious project succeeded in greatly improving travel for Hajj pilgrims at the time — and later played a key role in the Arab Revolt that led to the formation of modern Saudi Arabia.

AlUla has several distinct environmental regions within and amongst its valleys and mountains. The centerpiece is the Wadi al-Qura - today the AlUla Valley - where the oasis was created and thousands of date palm trees are cultivated. There are also basalt uplands to the west; the Harrat 'Uwayrid', created by volcanic lava flows; Al-Raqqasat, an area with narrow sand-drifted canyons; and Wadi Rum, an expansive valley framed by impressive mountains, fine sand and white saxaul trees.

This mountain north of the AlUla Valley along a historic pilgrimage route contains more than 450 Arabic inscriptions dating to the early Islamic period. Other inscriptions remain to the east at Naqsh Zuhayr — including one of the oldest of the Islamic era, dating back to 24AH — making Al-Aqra’a and the surrounding mountains a valuable place to study the development of the Arabic language.

Constructed on orders from the Governor of Damascus, this fort was designed to protect travelers making their way to Makkah. Featuring two levels, the structure included a prayer hall, a well in the courtyard, a large reservoir, and was the only place pilgrims could purchase items like dates, lemons and oranges on their journey. Together with the Hijaz Railway, this site is key to illustrating the area’s importance in trade and pilgrimage travel. Later restored, the building now houses the Hajj Museum.

Located in the southern part of the AlUla Valley, this city was built on a flat plain surrounded by ramparts overlooking the ravine of Mugayra, where several valleys and gorges meet before running towards Wadi al-Jizi. Excavations in 1983 and from 2004 have helped make this a key site to understanding the continuity and evolution of the historic trade and pilgrimage routes for which AlUla is known.

This natural sandstone outcrop has eroded over time to create the unmistakable likeness of a giant elephant with its trunk touching the ground. Towering more than 50 meters tall and surrounded by hundreds of nearby monoliths, this spectacular example of AlUla’s geomorphological wonders has become one of the region’s iconic images and top tourist attractions.

As the capital of the Dadanite and Lihyanite Kingdoms, Dadan is considered to have been one of the most developed cities of the region during the first millennium BCE, owing its prosperity to being at a crossroads of the long-distance incense trade. It demonstrates how Saudi Arabia has been at the crossroads of trade and exchange for millennia.

Across AlUla at numerous sites, there are hundreds of inscriptions, in Safaitic, Aramaic, ‘Thamudic’, Minaic, Greek and Latin. Jabal Ikmah has been identified as one of the largest open ‘libraries’ in Saudi Arabia and perhaps the most significant epigraphic site, containing hundreds of inscriptions and writings in relief and incised, dating mainly to the Dadanite and Lihyanite periods. Other important sites for inscriptions and petrogloyphs include Mabrak al-Naqah, Qabral-Jundi, Naqsh Zuhayr and Umm Daraj.

Once the home of nearly 900 houses, 400 shops and 5 town squares, the Old Town of AlUla still contains remnants of some of the original stone and mudbrick buildings constructed here. A citadel dating back to at least the 12th Century, it is still accessible via a restored staircase. Those interested in history will be delighted to discover that this site was occupied within recent memory, offering unique opportunities to gather and share oral histories surrounding a disappearing way of life.

Accept and Continue Find out more

For better web experience, please use the website in portrait mode